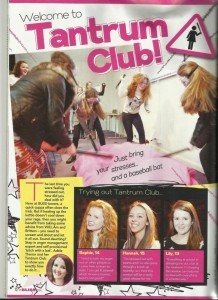 Tantrum Club was run with a group of teenagers in January 2013 for the December issue of Bliss Magazine.

See the footage below…

Many mums contacted us weeks later stating that they had noticed a marked difference with their teenagers and that they were ‘less moody’. If you want to bring Tantrum Club to a school near you, get in touch with us today and email us on info[@]tantrumclub.com.

Watch this space as we expand our full self expression campaign! 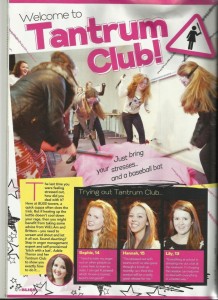 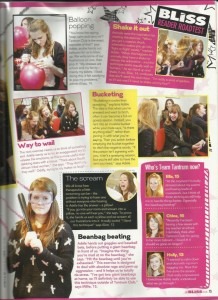 No reviews yet. You should be kind and add one!

The reviews are closed.